How To Treat Limescale In The Bathroom?

How To Treat Limescale In The Bathroom? Many countries have hard water, that is, water with dissolved mineral salts in it – usually calcium or magnesium carbonate. Rainwater, which is naturally soft, does not contain any minerals, but as it seeps through rocks such as limestone or chalk, these minerals are dissolved in it. If it passes through hard rocks such as granite, or through peaty soils, it does not pick up minerals and remains soft.

You will know if your water is hard because soap will not lather very well, soap scum will be left in sinks and baths and crusty deposits will form in showerheads, on pipes and taps, and around plugholes. This is limescale.

It is formed when the dissolved salts in the water are precipitated out when the water is heated, or remain after cold water has evaporated. The former causes limescale to build up in your kettle; the latter causes it to build up around a dripping tap. 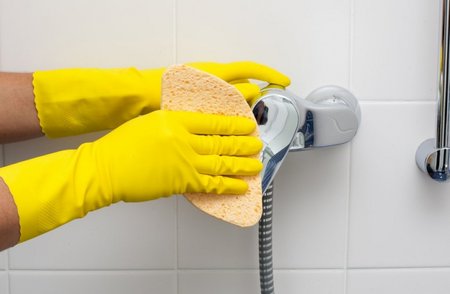 The good news is that hard water is generally believed to be good for us. In the past, when lead was used for water pipes, hard-water deposits on the pipes protected people from lead poisoning. People who live in hard-water areas also claim that their water tastes better, but as the same claim is made by people who live in soft-water areas, that is probably a matter of what we are used to.


If you are renovating the house, you may want to consider a permanent water-softening system. These are installed in the plumbing system and normally work by replacing the calcium and magnesium with sodium. You cannot drink the softened water, so you will still need a supply of hard water. Magnetic and electrical devices can alter the calcium ions so they do not fur up pipes, but some of them are of limited effectiveness. They do not soften the water. 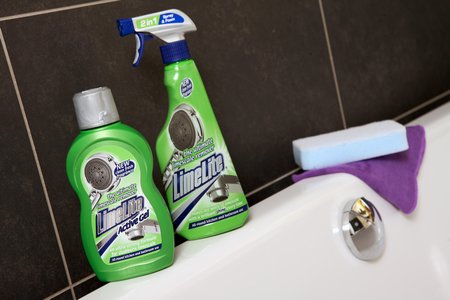 How To Treat Limescale In The Bathroom?

A steam cleaner is very effective at removing limescale deposits from bathroom fittings, but equally effective and much cheaper is white vinegar, used either neat or diluted with water. Vinegar can be used safely on porcelain basins and on modern vitreous enamel and acrylic baths. On older baths, go carefully and allow the vinegar to stay in contact with the enamel for a minimum amount of time. Proprietary limescale removers are effective but expensive. They are worth using on vertical surfaces such as tiled walls in shower enclosures where vinegar would run off.

To avoid limescale building up in the first place, make sure that taps are fully turned off and fix dripping taps.

This site uses Akismet to reduce spam. Learn how your comment data is processed.

This website uses cookies to improve your experience while you navigate through the website. Out of these, the cookies that are categorized as necessary are stored on your browser as they are essential for the working of basic functionalities of the website. We also use third-party cookies that help us analyze and understand how you use this website. These cookies will be stored in your browser only with your consent. You also have the option to opt-out of these cookies. But opting out of some of these cookies may affect your browsing experience.
Necessary Always Enabled

Any cookies that may not be particularly necessary for the website to function and is used specifically to collect user personal data via analytics, ads, other embedded contents are termed as non-necessary cookies. It is mandatory to procure user consent prior to running these cookies on your website.

Thank you for subscribing.

The form collects name and email so that we can add you to our newsletter list for project updates. Checkout our privacy policy for the full story on how we protect and manage your submitted data!