Basement Water: The Most Common Problem In The House

Basement Water: The Most Common Problem In The House – Basement water caused by water leakage is one of the most common problems found in houses. While basement foundation damage caused by water leakage is not common, basement water can be a major inconvenience, and often causes damage to basement flooring and stored items. In addition, odors caused by mold and mildew can be particularly offensive to some people and can even be a source of allergic reactions. It has been documented that at least 98% of all basements will leak at some point as a house ages and settles. 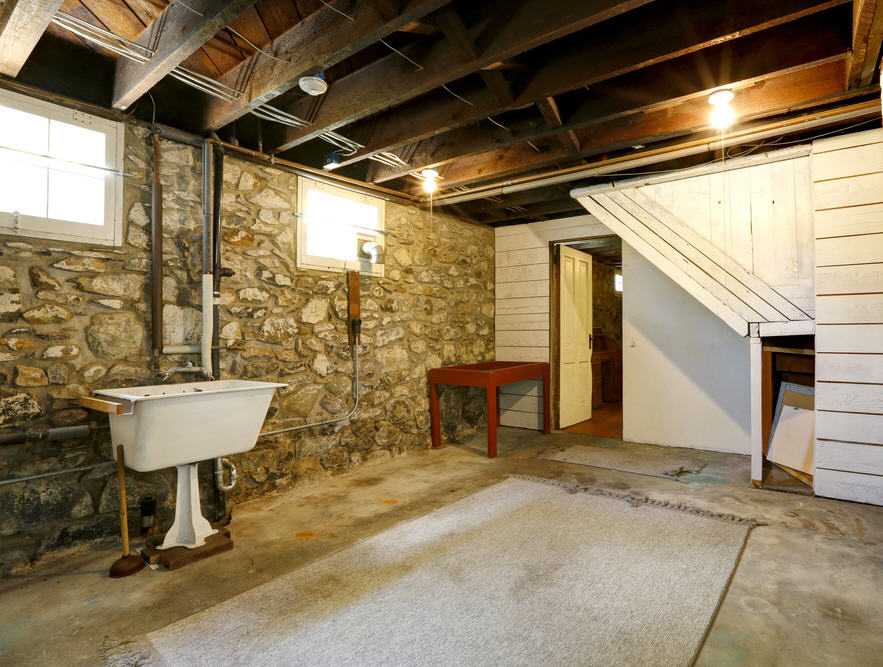 Basement water leakage is one of the most common defects identified during an inspection for resale of a home. And can also be one of the most preventable. Basement water leakage is very often the result of improperly laid exterior grading, where the surfaces of a driveway or patio have settled and cracked to form a conduit for water to seep into your basement. Combined with a lack of proper gutters and drainage, basement water can become a major nuisance. But very often, preventing basement repair is as simple as thinking ahead. If the home that you own or are considering purchasing has a basement, you need to know if there has ever been water or dampness in the basement and where it comes from.

Surface water is a flow of water whose basic source is primarily water from run-off, rain, snow, or poor drainage. This type of water problem is generally restricted to the top four feet of soil. 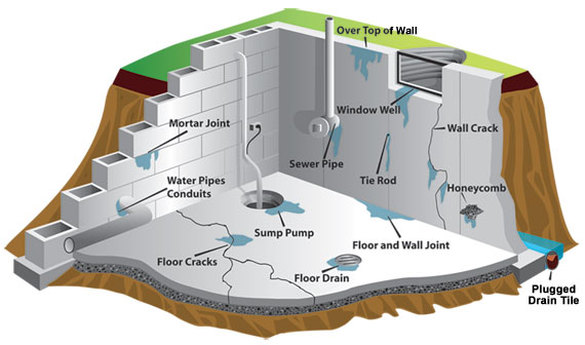 Ground water is a flow of water produced from high water tables, springs and rivers, and can be made worse by poor soil. This type of water problem can extend from the surface and then run down past the level of the basement floor.

Other water comes from different sources and can originate from inside or outside of your home, due to condensation, temperature differences, and plumbing leakage.

To solve your basement water problem, and before you start basement repairs, think about whether basement water shows up after only heavy rains, or every time it rains. Is the leakage usually confined to one specific area, and if so, can you associate an external source with this area, such as a window well, or a poorly sloped driveway?

Once you have isolated your basement moisture problems, then any basement repair, basement refinishing and basement remodeling become easier. Basement waterproofing is important, because basement water and the damage that it can do to your home is nothing that any home owner wants to suffer from.

This site uses Akismet to reduce spam. Learn how your comment data is processed.

This website uses cookies to improve your experience while you navigate through the website. Out of these, the cookies that are categorized as necessary are stored on your browser as they are essential for the working of basic functionalities of the website. We also use third-party cookies that help us analyze and understand how you use this website. These cookies will be stored in your browser only with your consent. You also have the option to opt-out of these cookies. But opting out of some of these cookies may affect your browsing experience.
Necessary Always Enabled

Any cookies that may not be particularly necessary for the website to function and is used specifically to collect user personal data via analytics, ads, other embedded contents are termed as non-necessary cookies. It is mandatory to procure user consent prior to running these cookies on your website.

Thank you for subscribing.

The form collects name and email so that we can add you to our newsletter list for project updates. Checkout our privacy policy for the full story on how we protect and manage your submitted data!